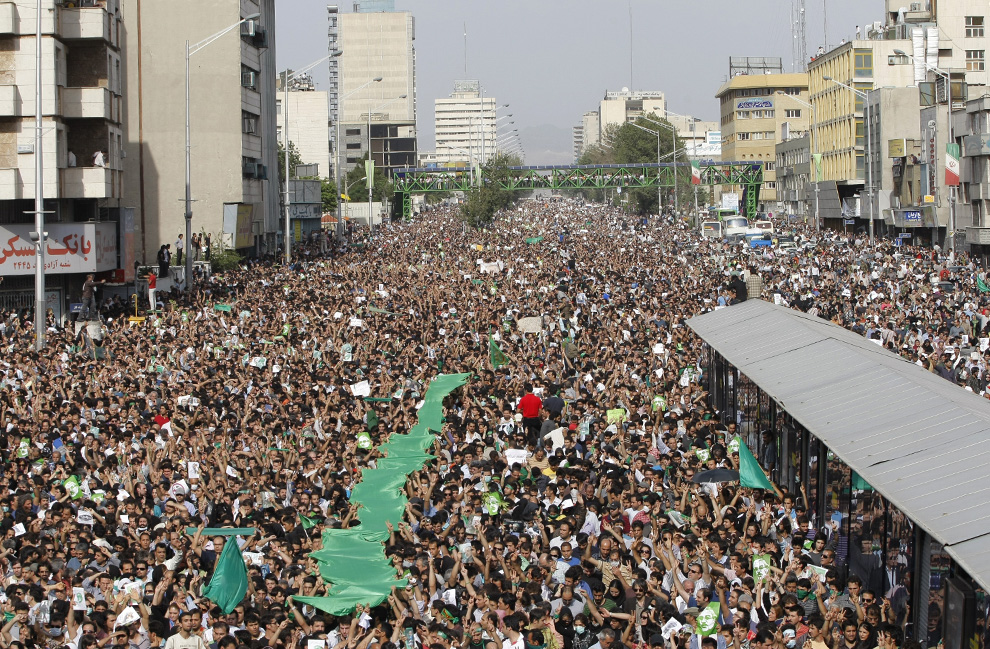 I wrote the other day about how Iran’s election could be swayed by Iran’s failure to qualify for the 2010 World Cup in South Africa.  When I saw the first results stating that President Ahamdinejad had been declared the winner by almost a 2-1 margin, I was a confused, as most polls before the election had the election being pretty close.

After the probably-rigged election, the government shut down foreign radio and tv, all text messaging, social networking sites and told Moussavi, the reform candidate, that he had won.  This forestalled massive protests, but not for long.  Iranians who believed that their votes had not been counted started to protest, using foreign proxy internet connections to connect to Twitter, social networking and other news sites.  While the BBC showed people how to view their feed and asked for pictures, videos and comments from people on the ground, most of the rest of the mainstream media has been pretty much useless.

Since text messaging is down and many foreign correspondents have been kicked out, many Iranians have turned to Twitter to get their message out.  I’m a noted Twitter skeptic, as I think its mostly used by businesses, politicians and self centered, self indulgent people in America, but this is one of the times that Twitter is an amazing service.  Its amazing to see Twitter used as a tool to organize mass protests and get the story from the participants on the ground, as they happen.  I don’t have a Twitter account, but I have been following the feeds of lots of the organizers on the ground.  Here are a few messages, but you can view more here:

RT: To world press in Tehran: People have died tonight, be a witness at least. Don’t let them die in the dark #iranelection … Iran: RT: some students w/urgent need of med attn I’m calling out to all ppl who can come here don’t leave us #iranelection : RT: have no more news from uni dorm. i must go to pray now. today we will need god. #Iranelection

I’ve been getting goosebumps watching videos and reading updates like these from people my age protesting for their rights.  Twitter had scheduled its “monthly critical update” which would have brought the site down for 90 minutes at about 10am Tehran time, but the pleas of the demonstrators and other interested parties persuaded Twitter to agree to postpone the updates.

Contrast Twitter’s response to the protests with Google’s.  Google partnered with China’s communist government to censor its search results and now its pulling Iran protest videos because they contain violence.  While the videos might be against YouTube’s terms of service, the videos are socially and politically relevant and important.  It’s interesting that a company who’s original motto was “Don’t be evil” is stifling politically relevant free expression.  The Boston Globe has some great photos available here as does Andrew Sullivan’s blog.

It will be interesting to see if the protests lead toward a revolution and if they do, how social media continues to play its part.  Which company do you think has a better plan to deal with the protests, Google or Twitter?  Do you think news reporting will move even farther from traditional news sources? 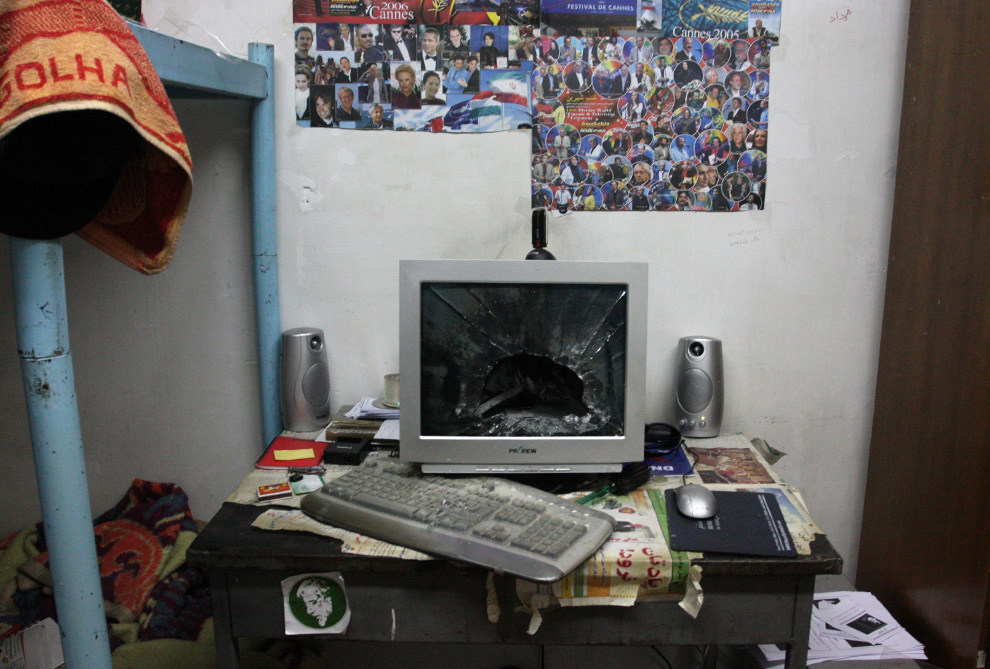